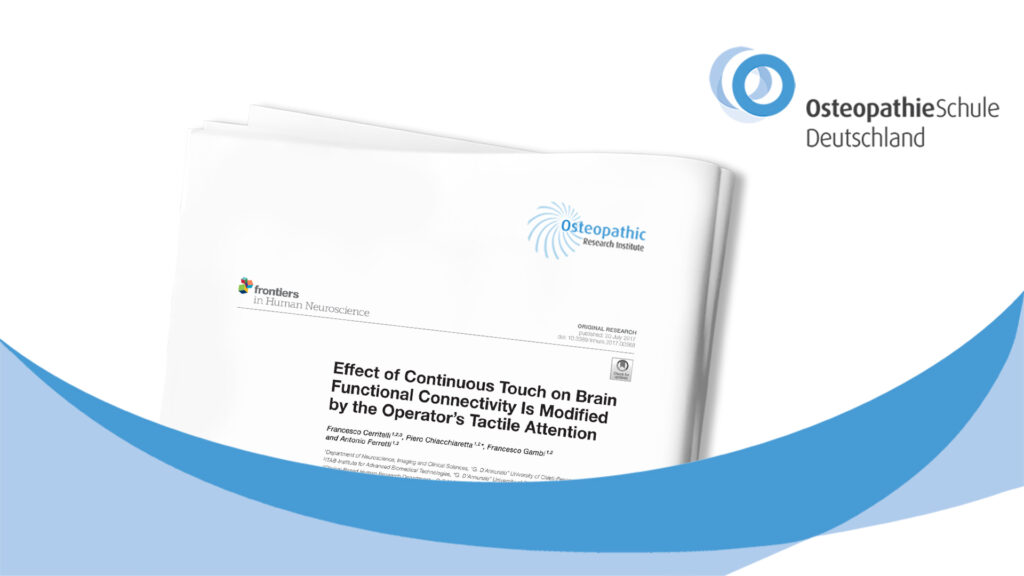 In 2017, Francesco Cerritelli and colleagues published a study in Frontiers of Neuroscience investigating the effect of touch on brain functional connectivity in relation to the operator’s attention. In this randomized-controlled single-blinded study, 40 healthy participants were randomly assigned into two groups, which both received static touch and were evaluated using fMRI. However, in one […] 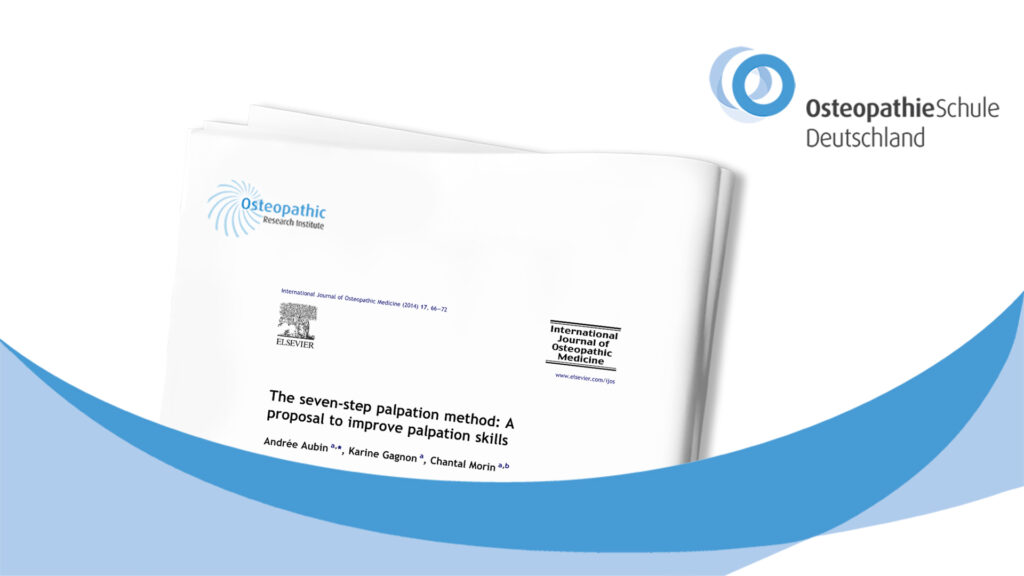 Back in 2014, Andrée Aubin and colleagues published an article entitled: “The seven-step palpation method: A proposal to improve palpation skills” in the International Journal of Osteopathic Medicine. Therein, the importance of palpation in osteopathic practice (requiring a reasonable combination of knowledge, skills, and attitude) is discussed alongside the challenges it holds for teaching (due […] 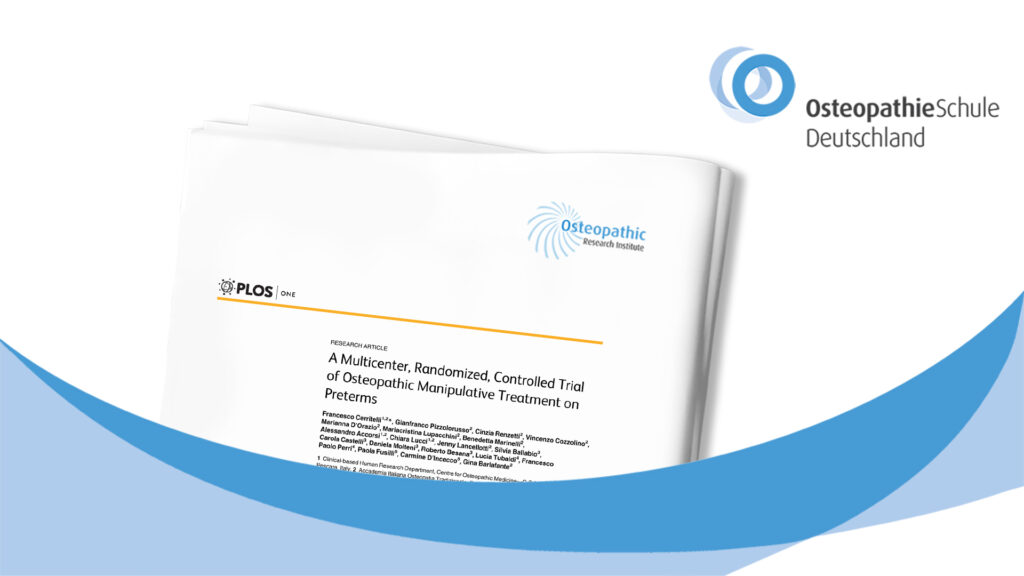 A comprehensive multi-center randomized single blind parallel group clinical trial was published in PLOS One in 2015 by Francesco Cerritelli and colleagues. The authors investigated the effect of osteopathy on clinical outcomes in hospitalized preterm infants (gestational age between 29 and 37 weeks). A total of 695 newborns received either osteopathic manipulative treatment (n=352) or […] 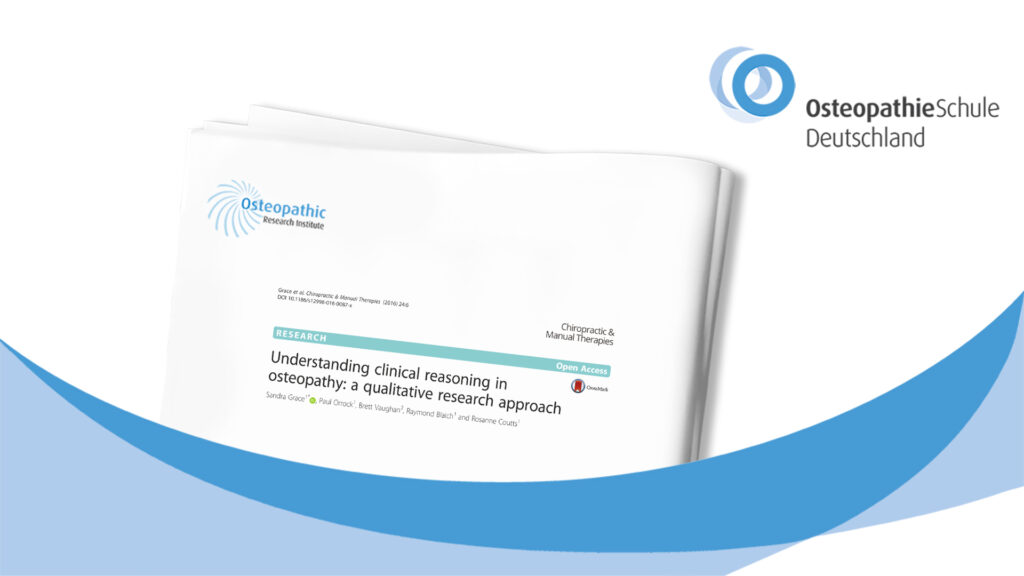 In 2016, Sandra Grace and colleagues published a qualitative study in Chiropractic & Manual Therapies which aimed to assess clinical reasoning in osteopathy from the perspective of clinical educators of osteopathic teaching institutions in Australia, New Zealand and the UK. This study drew on elements of constructivist grounded theory. Data was provided by focus groups […] 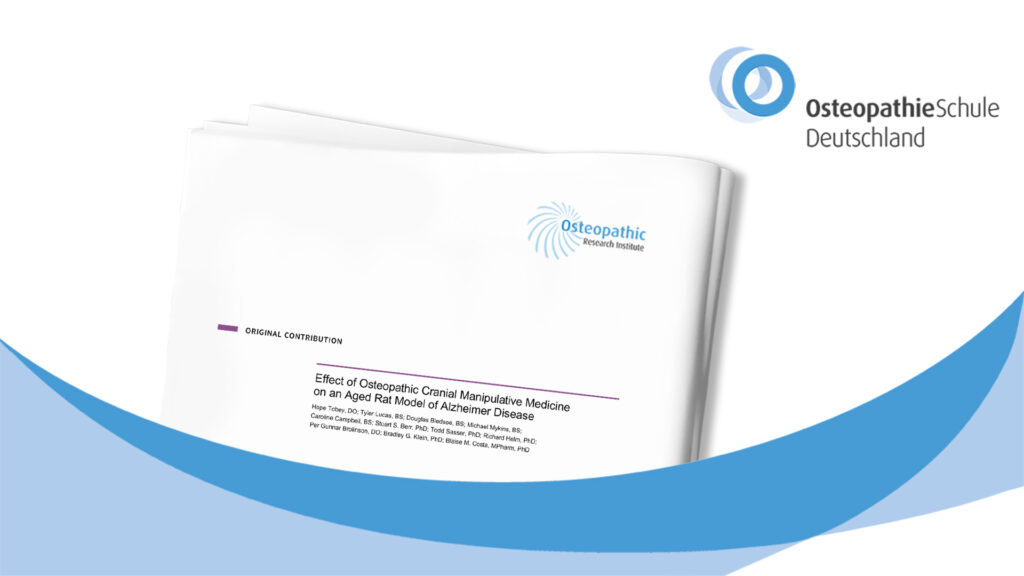 The Journal of the American Osteopathic Association published an interesting study by Hope Tobey and colleagues in 2019 which investigated the effect of the CV4 technique (cranial osteopathic technique aiming to compress the fourth ventricle) on an aged rat model of Alzheimer disease. In an aging brain, the pulsation of the cerebral vasculature and fluid […] 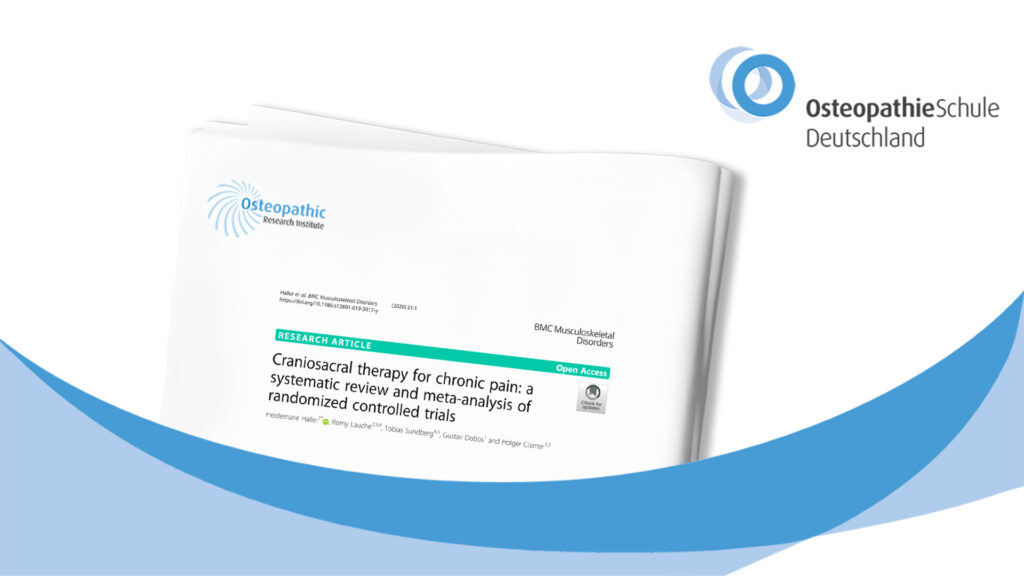 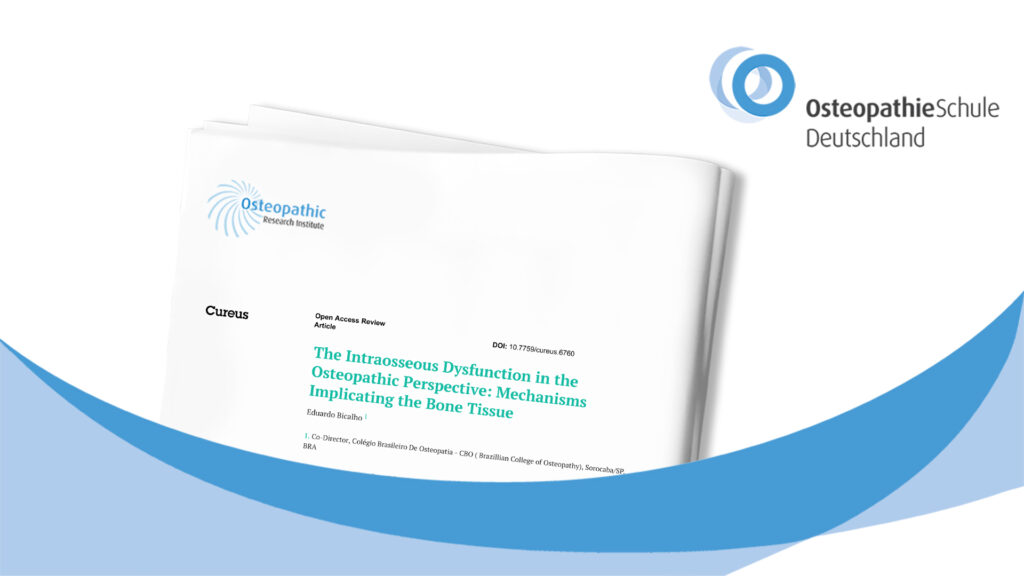 For those osteopaths still interested in the bones, Eduardo Bicalho published a comprehensive paper within Cureus in 2020. The author outlines the anatomy and physiology of bone tissue to better understand the intraosseous dysfunction and its repercussions. An intraosseous dysfunction is characterized by a restricted natural flexibility of the fibrous components of the bone tissue […] 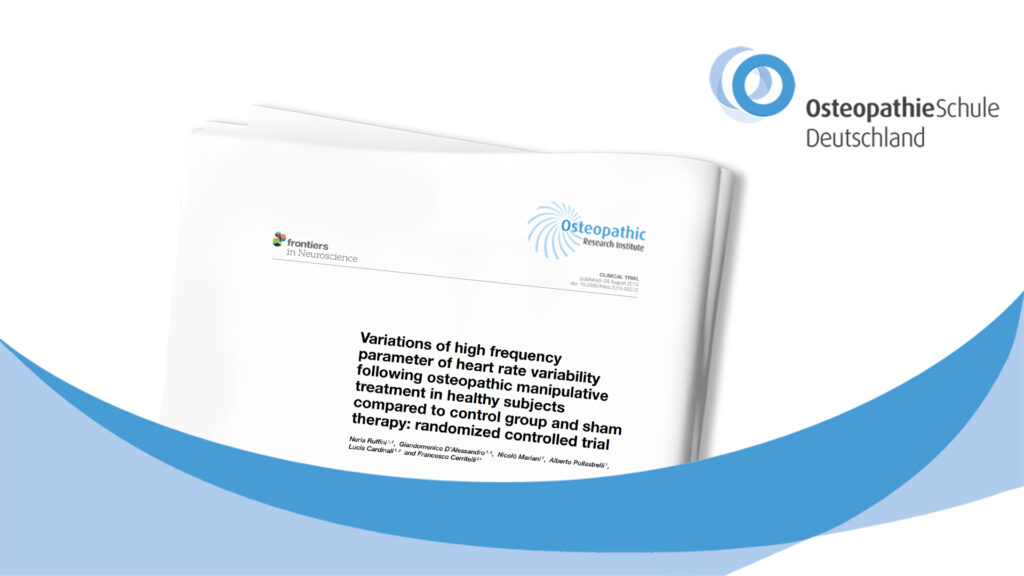 A randomized controlled trial by Nuria Ruffini and colleagues published in Frontiers in Neuroscience in 2015 researched the effect of osteopathic treatment upon heart rate variability. Being an indirect marker for the autonomic nervous system and health status, this study evaluated 66 asymptomatic subjects in a 3-armed placebo controlled within subject cross-over single blinded study […] 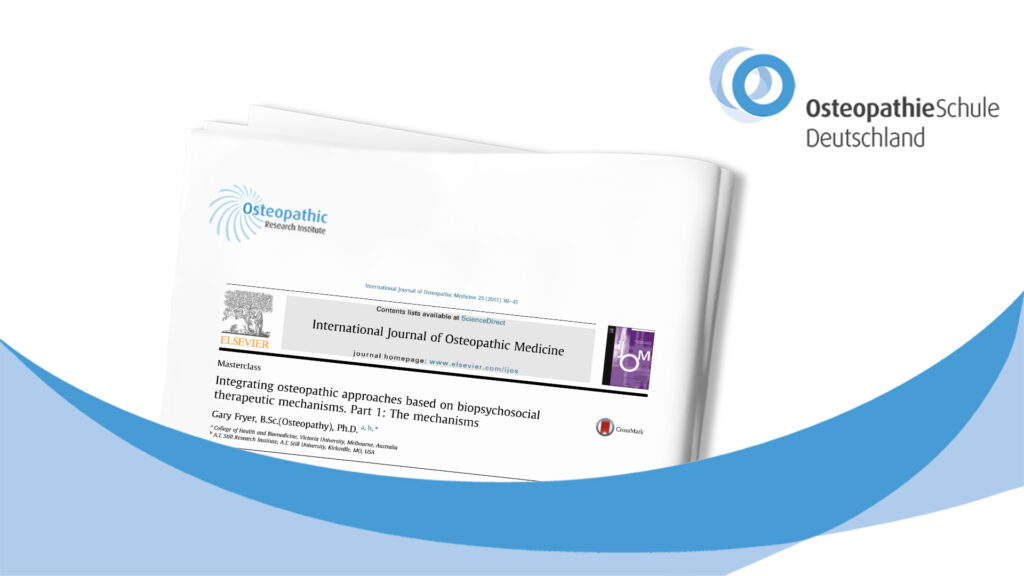 Gary Fryer contributed an extensive paper to the International Journal of Osteopathic Medicine in 2017 reviewing biological and psychological effect mechanisms of osteopathy. Therein, osteopathy was proposed to reduce pain and improve movement and function 1) bottom-up, affecting tissue and tissue receptors, and 2) top-down, affecting cognitive and psychological states. Therein, both biological and psychosocial […] 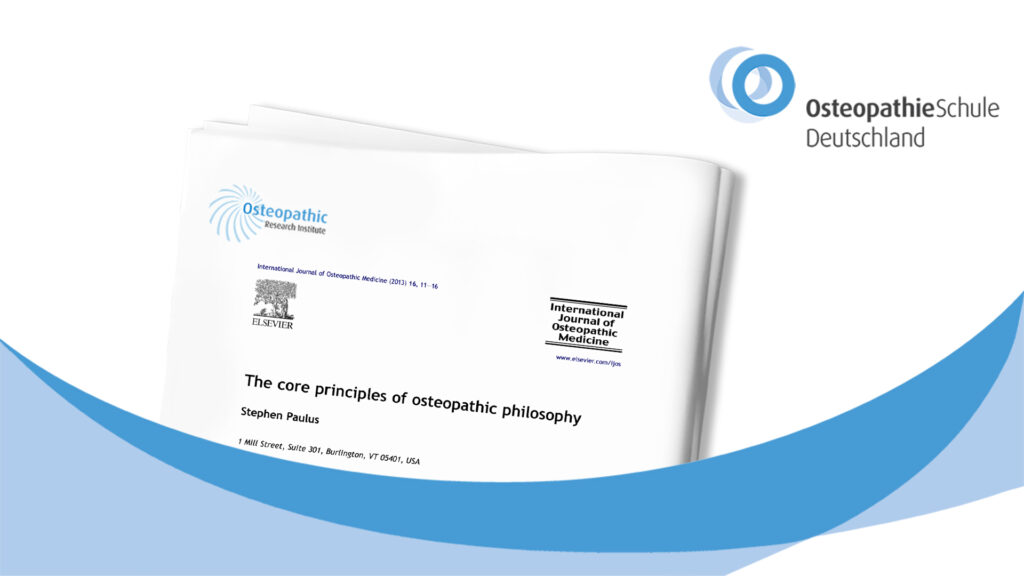 Stephen Paulus published a substantial philosophical paper in 2013 within the International Journal of Osteopathic Medicine. The author reviewed the writings of A.T. Still to extend the core principles of osteopathic philosophy, terminating ongoing oversimplification. Ten revised principles were introduced and explained which attempt to outline our historically distinctive philosophy to health care. These principles […]